The 2019 edition of WebSummit in Lisbon is right around the corner. Being massive startup fans – which you know we are – we decided to brush up on our local knowledge and do some research into the market. What we didn’t expect to find was the sheer amount of creativity, which we’d like to share with you. We picked out 10 of the most interesting ideas – and if you dig deeper, you’ll only come up with more amazing Portuguese startups.

Whenever anyone tries to describe the startup landscape in Europe, the most commonly used word is diversity. Every major city within Europe seems to be its own sovereign kingdom, with its own quirks and customs. Each ecosystem is wholly unique – and yet, the way they interconnect, cooperate, and experiment together make for what is likely the most innovative environment in the world.

No city exemplifies this spirit of innovation better than Lisbon. As the second oldest city in Europe (overtaken only by Athens – and yes, Rome is younger!) Lisbon can boast some advantages over other European capitals, amazing climate and views notwithstanding. The financial crisis of 2008 hit the city particularly hard – and as a way of revitalising the area, it chose to embrace entrepreneurialism.

Because of this new approach, many new business opportunities in Portugal sprang up virtually overnight. Portuguese startups quickly embraced Lisbon as the prime location for doing business, and for good reason – Lisbon is quickly becoming not only the most desirable holiday destination but also an important European business centre.

Although there are many big companies moving to Portugal, it is the startups we’re interested in. After all, they are the backbone which drives growth – and they make the market exciting. If you’re interested in seeing what the IT industry in Portugal has to offer, here are the 10 Portuguese startups we think are worth paying close attention to.

EasyPay came onto the scene in 2007, when the European Union passed the Payment Services Directive (PSD). This regulation allowed multi-national payment service providers to come into being. EasyPay’s software allows businesses to, well, collect easy payments from their customers. 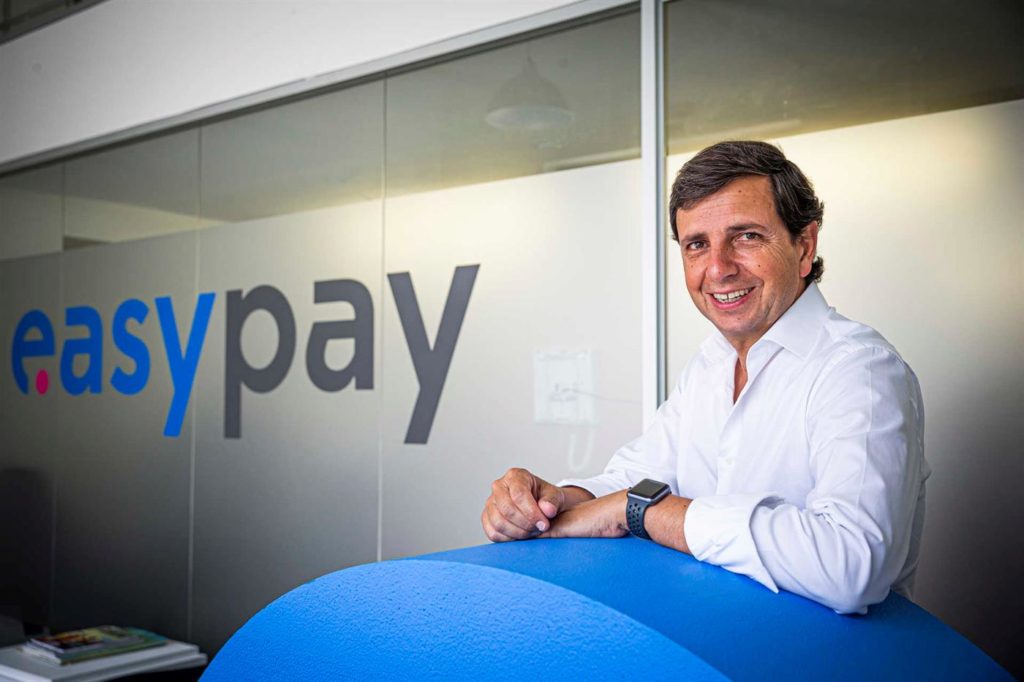 The company actually dates back all the way to the year 2000. A brainchild of founder Sebastião Lancastre, it’s one of the pioneering FinTech startups in Portugal. It continues to grow and offer more and more services each year.

Parcela Já is a FinTech startup which acts as a credit middleman between customers and business. The idea behind this startup is simple – they allow instalment-based payment plans, much like a traditional bank. Unlike traditional banks, however, it’s much simpler. The customer does not need to have credit approved – the entire transaction takes moments. The business receives the full value of the transaction within 72 hours, while EasyPay collects the monthly instalments until the purchase is paid off. 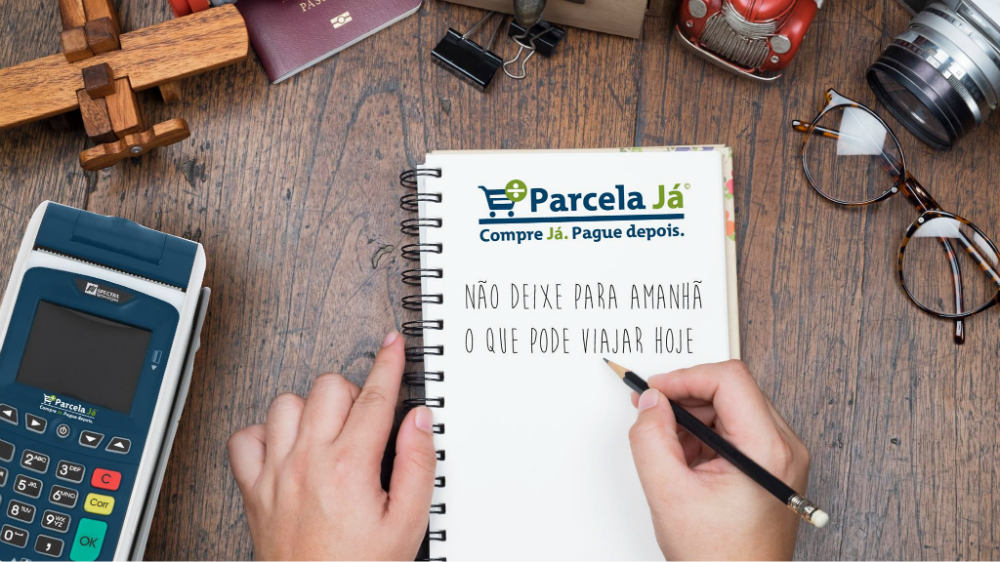 Although Parcela Já is a relatively young startup – it was founded in 2015 – it’s already made quite a splash, being supported by several dozen stores and businesses.

If you think we could successfully work together, reach out to us at hello@appnroll.com and let’s set up a meeting at the WebSummit!

Glymt is a “creativity network” – one of several new startups offering custom-made content (in this case, video) for brands and marketers. Unlike traditional stock footage sites, Glymt connects marketers with filmmakers and video artists to create pieces of footage specifically tailored to each task. 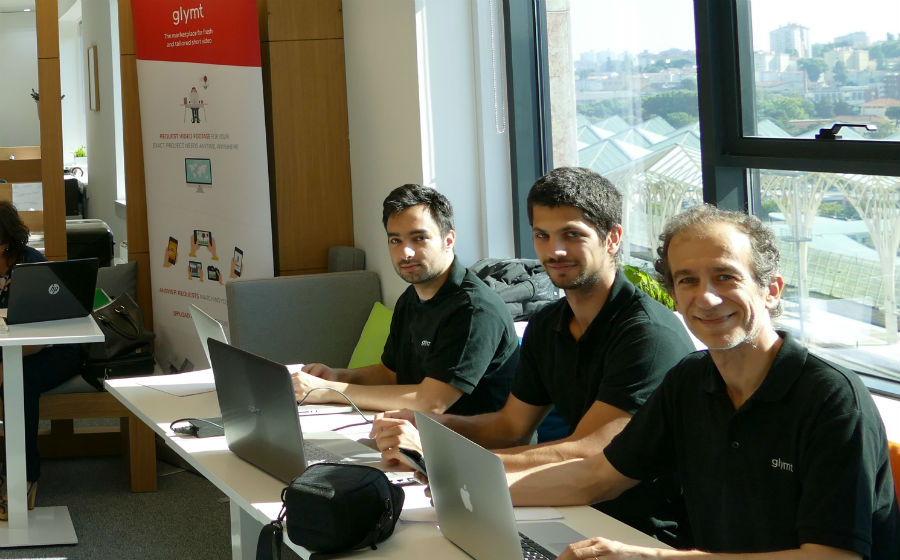 Before, only large brands could afford to hire a film studio for a custom promotional video. Thanks to Glymt, even small companies have access to a talent network ready to deliver satisfying results.

Homeit is a startup founded in 2016. Their main product is the eponymous Homeit System – a complete smart lock solution for rental flats and houses.

The short-term rental market is especially active in startup-heavy cities – they tend to source employees working remotely; when they do need to come and do some work locally, services like Airbnb often provide a more economical (and more comfortable) alternative to traditional hotels. 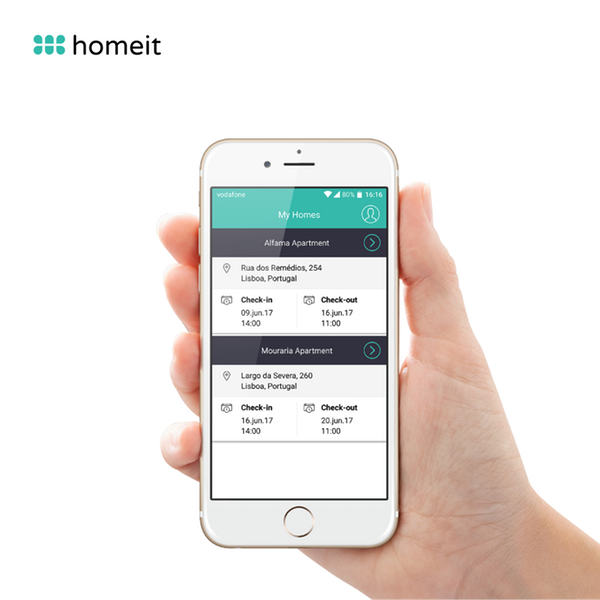 However, as any Airbnb host will tell you, sorting out each new guest, making sure they receive and return the keys on time – all of that is a major hassle. Smart locks, such as Homeit’s System, solve that problem. Forget about physical keys! Unlock the flat with a smartphone app, a keypad code, or a text message. Property managers can control access codes remotely, making tenant management a breeze – even when dealing with multiple flats.

Although European law clearly states that any proof of purchase – such as a paper receipt – is enough of a basis for a refund or a warranty, let’s be honest: none of us actually keep all of our receipts. This Portuguese startup attempts to change that by making paper receipts obsolete.

Simply take a photo of any receipt you receive, and Keep Warranty will use sophisticated OCR algorithms to automatically detect all of the relevant details. Afterwards, you can forget about keeping tons of paper in your wallet.

Although simple, the idea proved exciting enough that the company won the 8th edition of Acredita Portugal, and, in 2018, was named one of the top 3 best startups in Portugal by Women in Tech Portugal. Not bad for a small company founded in 2017!

The current streaming landscape is woefully balkanised. With so many network- or studio-owned services around, trying to watch a given film or series becomes a manic struggle of trying to figure out which of the sixteen platforms you need to be subscribed to. Remember the good old days, when everything was on Netflix? Those aren’t coming back, sadly.

There is a silver lining, however. Unlike creator-owned platforms such as HBO Go and Disney+, genre-specific VOD platforms are cropping up. Spamflix, one of the most interesting tech companies in Portugal, offers one such platform – and it seems determined to turn the streaming model on its head. 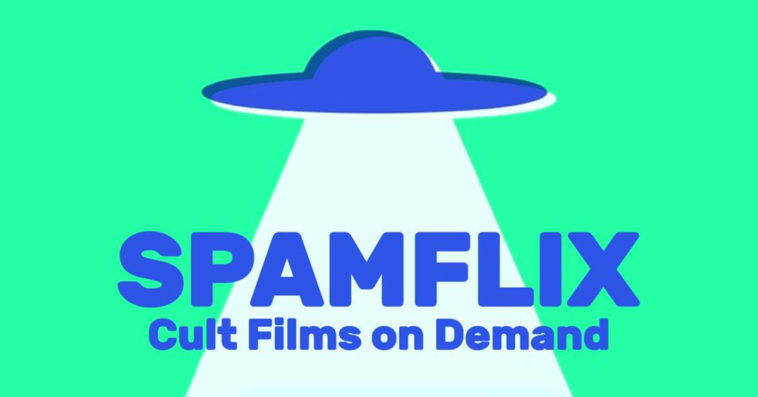 Unlike its more mainstream competition, Spamflix isn’t subscription-based. Every film on the site costs $5 to rent – once rented, the user can watch it for up to 72 hours. To further evoke the spirit of the local video store, all of the films on Spamflix are cult classics, which mainstream platforms tend to avoid.

Are you looking for cheesy, low-budget horror? It’s on Spamflix. Italian arthouse cinema more your speed? It’s on Spamflix. The platform is built on providing easy access and a wider audience to cult cinema, and we can’t applaud it enough for that.

Nightshift – for those late-night cravings

Picture this scene: it’s a late Saturday night. You’re trying to sleep, but there’s a rumble in your stomach, and deep down you know only a pint of Ben and Jerry’s can satisfy your hunger. Dazed, you roll out of bed and shamble over to the kitchen. Upon opening the freezer, however, you are horrified to discover – that you’re out of ice cream!

Has this ever happened to you? Of course it did. Thankfully, NightShift exists. Say what you will about Portuguese startups – they like solving life’s tiny annoyances. In the case of Nightshift, they’re a company dedicated to delivering groceries in the middle of the night. Although it’s only limited to Lisbon so far, its very warm reception spells out a bright, bright future. 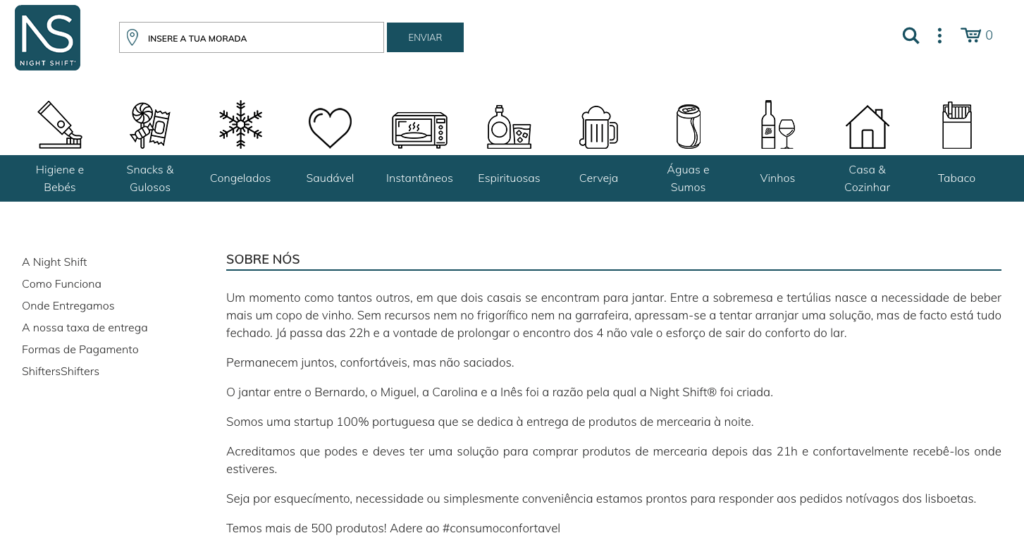 If you’re a European citizen, we don’t need to tell you how easy it is to visit other countries. The Schengen area made affordable travel across Europe an everyday reality – which means many more people can enjoy the beautiful Portuguese beaches.

What if, however, disaster strikes and you fall ill during your summer vacation? Finding a doctor who speaks English, or a clinic which will accept your insurance – a sick person doesn’t have the strength to deal with all of that.

Enter BADA Health. Their app allows medical practitioners to register themselves as available to foreigners. Tourists in need of consultation can easily find an appropriate doctor and set up an appointment or a home visit.

Even if we don’t want to admit it, all of us held a fantasy of being a social media influencer at one point or another.

What most of us don’t know, however, is that becoming famous on social media is really hard work. Successful influencers need to keep a watchful eye over their presence on various social media platforms, track their audience growth, and tailor their content to rising trends. It’s a lot!

Fortunately, Skorr is here to help aspiring influencers make the most of their time. This app takes all of your accounts and profiles and gathers them in a single dashboard, from where you can easily see where your potential audience is, and which content resonates the best with them. 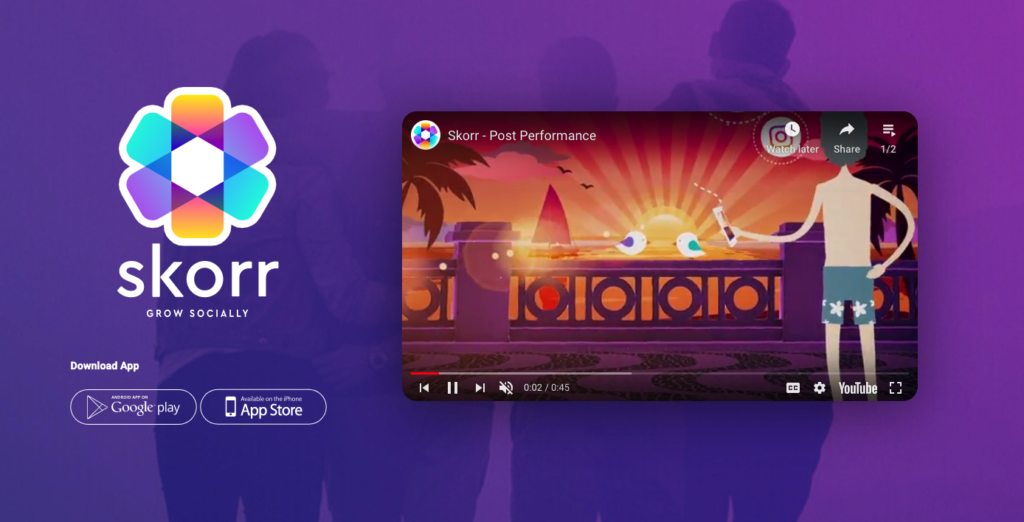 It also encourages competition – if your friends (or rivals) are also on Skorr, you can easily compare your performance to theirs. What’s more, gamified features such as achievements and challenges help social media newbies establish a solid foundation to build their following on.

Skyhour – give the gift of air travel

For quite some time now, air travel has become a mundane reality. It’s relatively affordable and available to pretty much anyone with a passport. The price remains the only barrier to entry – and Skyhour attempts to change that. 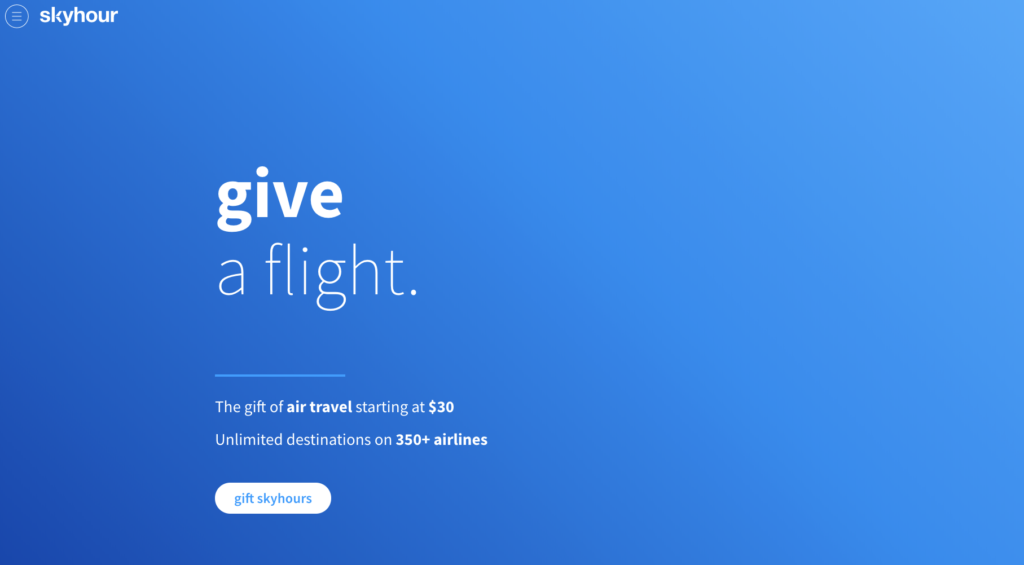 This startup partners up with over 350 airlines all over the world to make air travel accessible to anyone using a crowdfunding model. Users are able to set a travel goal and collect donations from their friends and social media followers to reach it. One minute of flight costs $1, and one Skyhour (see what they did there?) costs $60. Because it’s supported by so many airlines, it’s a much easier and convenient solution than traditional, general-purpose crowdfunding platforms, such as GoFundMe.

Portugal – a place for both small and large dreams

As you can see, Portuguese startups are a diverse bunch. Despite how varied they are, they do have one important thing in common – they exist to solve everyday problems. We hope you found this brief overview of the Portuguese startup scene useful.

As for us, we’re certainly going to keep an eye on Lisbon and the creative ideas it brings out into the world.

In fact, we’re going to be at the 2019 edition of WebSummit in Lisbon, and we can’t wait to meet even more amazing startups. Helping startups grow isn’t just our job – it’s our passion.

If you think we could successfully work together, reach out to us at hello@appnroll.com and let’s set up a meeting!