To the uninitiated, Israel may not be the first – or even the fifth – country that comes to mind when they hear the term “innovation market”.

We’ve all heard tales of Silicon Valley, but Silicon Wadi? In reality, however, Israel has been a technology hotbed ever since the mid-1980s, when the mainstream computer industry shifted its focus from hardware to software innovations.

These days, Israel has one of the biggest startup ecosystems on the planet. While Tel Aviv has been enjoying a reputation as the main hub for the country’s innovators, other cities aren’t far behind; Jerusalem, in particular, is currently experiencing a period of rapid growth, with new startups, incubators, accelerators and investment firms entering the region on a near-daily basis.

Welcome to the Silicon Wadi

Let’s say you’ve decided to explore the region. While Tel Aviv is the most obvious place to start, we’re going to leave it for later. First, let’s take a look at Jerusalem.

As one of the oldest still inhabited cities on the planet – going strong since at least 3,000 BCE! – it may be surprising to hear it described as a “booming tech ecosystem”. While the local scene is considerably smaller when compared to Tel Aviv (360 startups versus 2000, according to Forbes), the conditions are rapidly changing. Many attribute this shift in focus to the $15.3 billion purchase of Jerusalem-based Mobileye by Intel, although the local scene has been on an upward trend previously.

It’s not all well and good, however. Jerusalem still faces major issues – both cultural and practical. The majority of the city’s population is still made up out of very traditional groups – they find little representation (and indeed, express little interest) in the high-tech world.

Transport issues also plague the city, as any commuters to and from Tel Aviv will readily tell you. The two metropolises are connected by two main roads, which are constantly clogged with traffic jams. The situation is so bad, that in 2018 the OECD declared Israel to have the most congested roads in the West! A high-speed train line project is hoped to alleviate these issues, but we wouldn’t hold our breath – it’s been in the works for the past twenty years!

What about some other cities, then?

Rehovot is a small city located 20 kilometers south of Israel. It’s biggest claim to fame is the Weizmann Institute of Science – a public research university associated with six Nobel prize winners and home to the very first computer in the Middle East. The city aims to attract investors and entrepreneurs alike with easy access to a large, well-educated talent pool by building and developing new tech spaces for companies to grow in. We’re excited to see the city’s startup scene develop – and we hope you’ll keep an eye on Rehovot as well.

Be’er-Sheba is often called the “capital of the Negev” – it is, after all, the region’s largest and most populous city. It is also home to CyberSpark: a large tech innovation park established as a joint effort between the Israeli government and leading companies. The CyberSpark initiative aims to “leverage the region and maximise its potential as a global cyber center” by “drawing other companies, local and foreign, to establish themselves in the region”. They are mainly focused on researching cybersecurity applications, working closely with the IDF’s cyber defense unit.

Finally, there’s Tel Aviv – a bustling metropolis where local talent meets global capital. It may well have already dethroned Silicon Valley: according to the 2018 Global Startup Ecosystem Report, it has the highest number of startups per capita in the world! This only serves to attract even more entrepreneurial talent, investors, and large multinational corporations.

The Tel Aviv startup scene is unlikely to stop its growth any time soon. As things stand, there are currently well over two thousand startups in the city, supported by a well-developed network of coworking spaces, VC funds and accelerators. 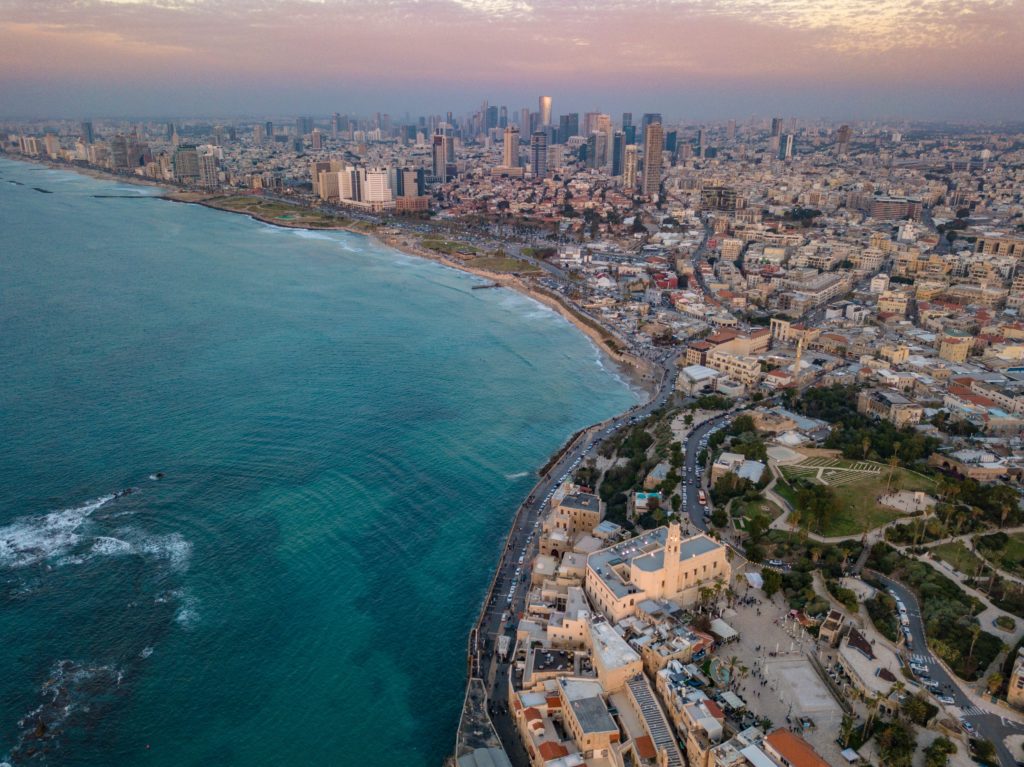 Get to know the locals – events, accelerators, and the government

You have to admit, the region definitely sounds interesting. Before you decide to establish yourself in Israel, however, it would be prudent to see the region for yourself and talk to some people who actually live and work there. This section will focus on meetups and events you should not miss out on if you’re interested in the Silicon Wadi.

It seems there’s a tech conference happening every two weeks in Israel. Indeed, as of this writing, one of the websites lists at least two events each month for the upcoming half a year, each one dedicated to a different market sector.

Are you interested in mobile applications? The Israel Mobile Summit is for you.

Is FinTech more up your alley? Why, the Tel Aviv Stock Exchange would like to invite you to their FinTech Week!

It’s only natural that there would be a conference for each niche – it reflects the diversity of the Israeli startup scene as a whole.

One of the biggest events this year will certainly be the DLD Innovation Festival in Tel Aviv. With over 130 speakers from all over the world, as well as over a hundred exhibitors, it certainly promises to be an exciting event.

If smaller, more regular events are more to your liking, many different meetups operate within Tel Aviv and other Israeli cities.

It’s not all events and afterparties, though; Israel built its reputation on real, hard work. Nowhere is this fact reflected better than in the support ecosystem available to entrepreneurs in the country. Dozens of accelerators, incubators, and hubs are constantly on the lookout for projects they can boost to the next level. 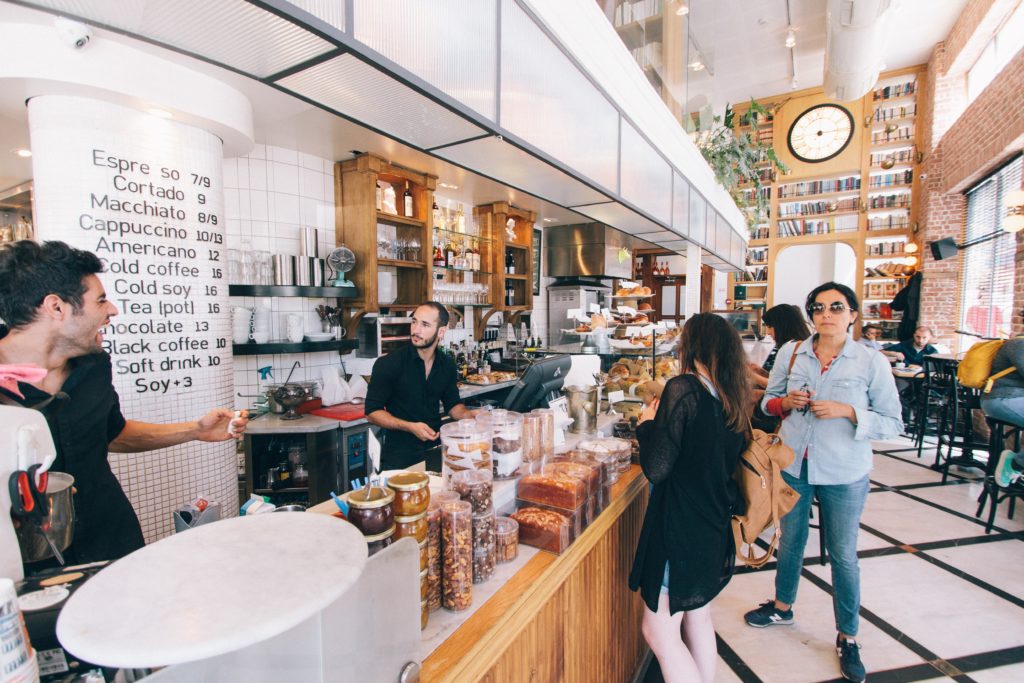 Of these, The Junction is perhaps the most well-known. It’s an accelerator program lasting six months offering its participants’ investment money and networking opportunities with large multinational corporations such as Deloitte, HP, and SAP, as well as Facebook and Amazon. A large community of mentors is also on hand to support every fledgeling startup on every step of the way. Among the success stories, The Junction had a direct influence on are medical payment startup Simplee, the CRM platform HoneyBook, and IoT and ICS security company CyberX.

As we mentioned previously, the Israeli government has a keen interest in maintaining the country’s reputation for high tech excellence.

To that end, they operate a number of well-funded research programs and funding schemes startups in certain niches. In the words of the Israel Innovation Authority, “(…) innovation is one of Israel’s most valuable natural resources”.

The Israeli Innovation Authority – previously known as the Office of the Chief Scientist – is a government agency tasked with promoting industrial R&D within the country. It operates 24 incubators and numerous support programs, all in the name of keeping Israel at the forefront of scientific advancement.

Its support extends beyond fledgeling startups, too – established tech companies can also count on the government’s assistance with multiple R&D incentive programmes being offered. Finally, organisations looking to cooperate with their foreign counterparts can also do so with the IIA’s assistance.

The promised land of opportunity

We hope that you enjoyed this brief look into Israel’s vibrant startup culture. Very few countries can boast a track record in innovation as impressive – or even as extensive – as Israel.

The combination of widely available higher education, an extensive support infrastructure – both government-operated as well as private – and a diverse investment landscape make the country one of, if not the best place for technology development in the world.

Speculation abounds that the next big thing in technology will come from Israel – and looking at its environments, it’s easy to see why.

Let’s meet at the DLD Innovation Festival in Tel Aviv!

Wanna talk with us about product design, mobile & web development?