What is a Team Retreat?

Although the name sounds rather formal, a team retreat is often anything but. We’re not talking about a ‘conference style’ retreat with scheduled team building exercises and motivational speakers. Instead, we mean the kind where you take your team out of their comfort zone (the office or remote location) and placing them all together an alternative space.

Several positive outcomes can arise from such an escapade, the most important is probably a retreat’s ability to bring a team (and a company) closer together.

There are a lot of different versions of a ‘team retreat’, we think the less ‘corporate’ the better. It should be a relaxed environment where your team aren’t afraid to be themselves and to show their true nature to others. It’s about embracing the community within your company.

Once the executive decision has been made that you’re going on a trip together, then comes the planning stage. Where do you go? What do you do? If it goes well, will it be annual?

A team retreat isn’t a holiday in the sense that you’re with your work colleagues and more often than not you’ll probably be working during the day. However, in some ways, it is a holiday, you’re all able to escape your everyday routine and have fun with your team in the evening.

Aside from that, things like sleeping arrangements should be well thought out, particularly as most retreats involve a mix of both genders and some people might be uncomfortable sharing a sleeping space with a colleague they don’t know very well.

If your plan is to simply change the pace at work, then working remotely from a location such as a cabin (with WiFi) in the mountains with enough space to accomodate everyone is a perfect solution and that’s exactly what App’n’roll did. 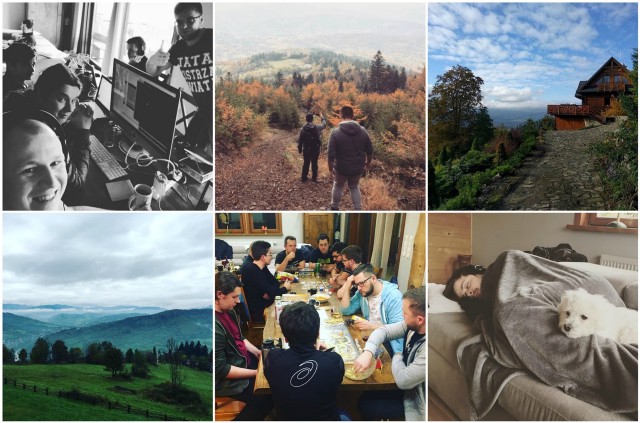 We spent a week at Wiśniówka, a traditional house in Rajcza village, surrounded by the breathtaking Beskid Mountains. There were thirteen of us, plus Argo the Chief Happiness Officer.

Team dynamism is the key to a constructive work environment and it can sometimes go wrong when teams are put together in a particular situation without suitable or appropriate means of communication. Another important part of the venture building environment is building this team dynamic in a way that avoids friction, through a combination of inclusive attractive events and situations. Through diversifying the ways in which teams come together, creating more natural and fun environments for engagement, teams are more likely to motivate one another and discuss projects without unproductive conflict. It’s important for teams to meet regularly, outside of the work environment but as part of the work day. Something as basic as organizing a meeting in a restaurant rather than a conference room can make all the difference, changing the setting can enable us to think outside the box, to strengthen bonds between colleagues and to encourage creative thinking. 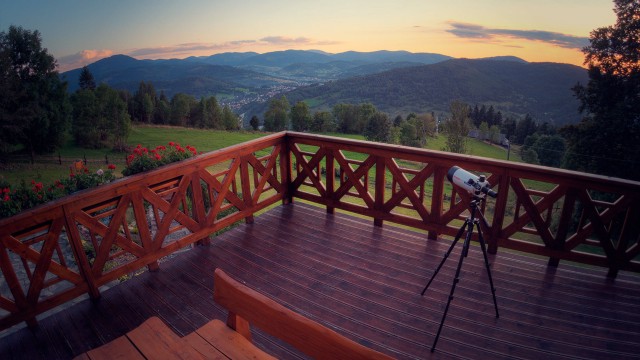 What Are the Benefits of a Team Retreat?

Stepping back from the company atmosphere and environment can be beneficial for everyone. It’s especially important for companies with remote workers as they’re able to come together with those members of the team who work in the office on a daily basis.

The hidden talents of your team members might be revealed! This is an incredibly exciting element to the team retreat as you’re able to discover new things about each other and perhaps even find shared interests. For example, one of our team members is a  beekeeper after work, one’s band stayed for thirteen weeks straight on a local radio station as Top 1 Song; somebody else released five amazing hip hop albums and so on.

Appreciating and encouraging the hobbies your team members have outside of work creates a more supportive environment within the workplace.

What Happens Once the Retreat Has Ended? 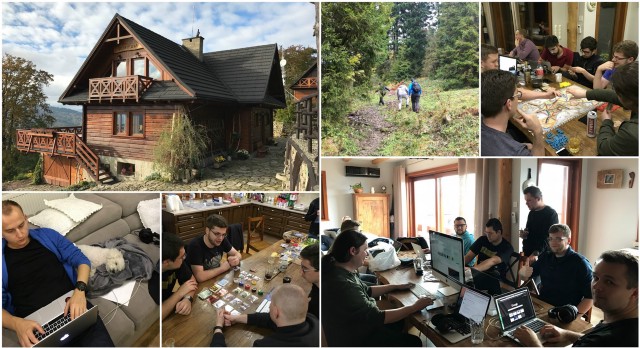 Once a retreat has ended, the benefits emerge, they shine through your coworkers, there are stories to tell, everyone knows more about one another and they become more comfortable as a team. Being comfortable around one another means more honesty and ultimately more trust, two qualities which are indispensable in the work environment.

Ideas gained from your team coming together as a whole might be implemented either on the trip itself or once you’re back. It might be automatic, or it might take a little bit more time, depending on individual team members.

Boundaries or barriers between colleagues can be broken down and if there were any communication issues, they tend to disappear after a significant amount of time spent together outside of the traditional work environment.

Having fun and getting involved in something as simple as a group activity such as a games night or walk through the forest releases endorphins which combat stress. 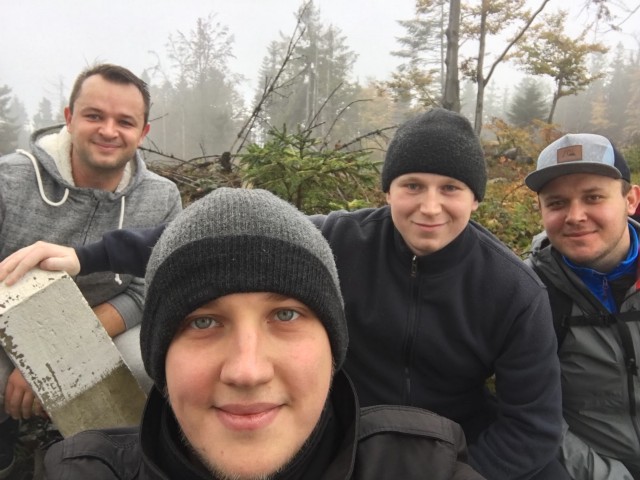 Are you considering going on a retreat with your team? Perhaps you’ve already been on one or you’ve helped organize one? Did you encounter any problems on your retreat, was there anything that surprised you? Is there anything you’d like to add, have we missed anything?

Please feel free to share your experiences with us in the comments below or via social media (send us some photos or videos too), you can find us on Facebook, Twitter, Instagram and Pinterest, let’s connect! To learn more about App’n’roll, take a look at out our website and our other posts. If you enjoyed reading this article, please recommend it! All images used are CC0 1.0 Universal (CC0 1.0).