“Even by not communicating — you always communicate something.”

Behavior, of any kind is decipherable. Whether such behavior is observed or noticed without movement, we’re able to make sense of it. It is possible to perceive every form of behavior because behavior in itself is a communicative form. The awareness we possess for those around us enables us to exist in a constant state of communication.

By collaborating through communication, by exchanging or imparting information with one another and encouraging others to do the same, we’re able to share, convey and develop ideas in a much more efficient manner. 2016 will be the year of conversational commerce.

Long gone are the days of snail mail and landlines being necessary for work. There are so many other options, we have a few tips on how to use each method of communication in a way which embraces the twenty first century and embodies the age of information.

E-mail is considered by some to be on it’s way out. However, it seems to have been incorporated into other forms rather than removed completely. It is still an incredibly useful tool. The @ symbol hasn’t lost its value just yet (though it does seems to be more about usernames rather than email these days).

Just make sure you’ve got an appropriately updated email address, using the one you created in high school probably isn’t a good idea.

E-mail isn’t going anywhere soon. It remains a standard, highly functional and practical form of communication. It is usually the first mode of contact. It is where numbers or Skype addresses can be exchanged and where introductions can be made.

Be as specific as possible. By making reply-all your default behaviour, you are less likely to exclude other members of the conversation. It’s easy to forget you’re talking to several people when only one or two reply. Using one liner emails when it’s slightly less formal or enough keep things simple, it’s best not to over complicate. Particularly in group emails.

“I didn’t have time to write a short letter, so I wrote a long one instead.” (Mark Twain)

Writing actionable e-mails, for example when attempting to set up a meeting or arrange an event, it’s best to propose a few timeslots or to send out invitations. Unless you’re a renowned author, keep it short.

Although the use of emoji and GIFs might be suitable for inhouse correspondence, formal emails with clients probably shouldn’t contain cats on computers. However, they do work really well via instant messaging where a smile or thumbs up means as much as if you’d used several words.

When using an instant messaging service app such as Slack or Facebook Messenger, it’s a good idea to leave specific requests for information or messages, rather than constantly asking “are you there?” When one person does it, it’s not so bad but imagine if on returning to your screen after a full day of meetings, you’re greeted by twenty people all asking the same question …“are you there?”

Instant or real-time messaging doesn’t mean that the answers have to always be instant, it will still be there. It’s asynchronous for a reason. Avoid sending an instant message stating that you’ve sent an email, e.g. “I’ve just sent you an email.”

One of the least formal forms of communication could be considered to be social media. Sending a tweet or link and then getting on with other things, without waiting for a direct response.

Social media enables businesses to develop as a brand, it consists of websites and applications which enable users to create and share content or to participate in social networking. We can never underestimate the power of the consumer voice via social.

If your company aren’t utilising it, they’re missing out.

Social networks, microblogging and blogging platforms are by no means a new phenomenon but they are now used more than ever before. There are over seven billion people on the planet, three and a half billion people have access to the internet.

Be consistent. Posting on a regular basis creates a relationship between you and those who view your content. Larger companies may struggle to change their reputation on social media, as opposed to smaller companies who might still stand a chance of rebranding.

Authenticity is often exposed through means of communication. Putting negative content into context is a good way of really evaluating and potentially coming up with constructive criticism regarding solutions to communicative issues.

Keep the ways in which it’s possible to contact you as consistent as possible. If one day you suddenly forget to charge your phone, people know you’ll be able to access a laptop or mobile device and will find an alternative way of contacting you, e.g. IM or email.

Avoid over tweeting on Twitter, if you post too often you might get mistaken for a bot and although according to Nadella “bots are the new apps”, it’s better to present yourself as having a team of human beings behind a company social media account.

Calendar invitations for the win! It’s always a good idea to make sure you have all of the information necessary on your invitation, regardless of what it’s for (an event, meeting or otherwise). More information is better than less when it comes to invitations.

Addresses and links need to be correct and specific, there should be contact details of the organiser or venue as well as anything else deemed relevant. Scheduling around your individual team member calendars and personal availability shows a willingness to include.

Providing an agenda prior to the meeting, either via email or another means of communication will give everyone the opportunity to familiarise themselves with the topic of the meeting, the sequence of events and any additional information required.

Documenting the progress of a meeting by having at least one person jot down the minutes or through writing a summary with actionable items and goals at the end. Following up every decision to make sure they’re completed or to check whether or not your help is needed.

Meetings don’t have to be boring or tiresome. If it was your decision to set up the meeting, include interesting elements such as visuals or a non-conventional meeting space. You want to create a community which thrives on communicating with one another.

“Communities already exist. Instead, think about how you can help that community do what it wants to do.” (Zuckerberg) Your coworkers are your community, communicate. 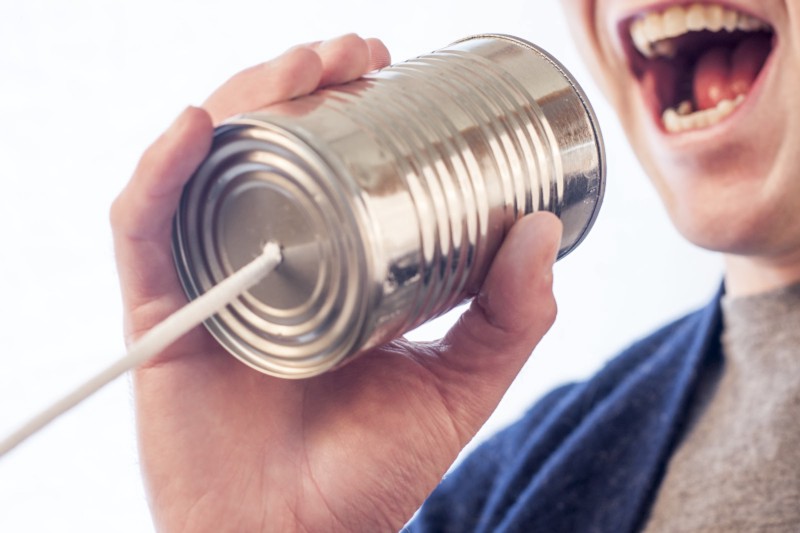 Unless it’s urgent (it’s almost never urgent), don’t call. Phone calls should be used when there really is no other choice but to have a conversation with a person, which can’t be done in person for one reason or another. Think about the other person — is it comfortable for the recipient to answer the call now? Many people call whilst driving a car when others may not be able to answer because they’re at work.

Sometimes, if a lot of information needs to be relayed, it can be quicker to say it, rather than type it but calls should be prearranged and take place at an appropriate time for both parties. This is where something like Skype calls can be useful.

If it can wait, or the information can be typed up just as fast as it could be said, don’t call, just send it in a message or email and do something else. Calling may be considered rude.

Make sure your address book is updated and that every contact you may ever need to communicate with in an emergency situation is in your phone. Not being able to find someone’s number can be incredibly frustrating. Equally so when you have to call or text someone else in order to get another person’s number.

Communication is a two way street. It is important for companies to be social. By considering both private and public means of communication (not forgetting the importance of the individual teams who make up the company), we realise that communicating internally is just as important as (if not more important than) communicating externally.

Who you are is just as important as who the company are. Culture, brand commitment and heritage are also seen as a priority when it comes to communication. Perhaps for some it’s not as necessary to have as strong a digital presence as the company itself.

Communication can be time consuming but in the end it’s always better to communicate in one form or another rather than to not communicate at all.

Which is your most preferable form of in-office communication? Do you agree (or disagree) with any of our tips? Is there anything we’ve missed?

To learn more about App’n’roll, take a look at out our website, Medium publication and our other posts.