Why you should consider React for your web development

The world of web development went through massive changes over the last decade. While past technologies like jQuery still see some use, the term “front-end web development” came to mean building complex applications and behaviors within the browser itself. We believe in choosing the right tool for the job – and React is one of the best to choose. Its introduction in 2013 came as a breath of fresh air to a landscape previously dominated by monolithic frameworks such as Angular.

Why, then, should you use React? In this article, we’re going to go over a couple of things which made us fall in love with the library.

Unlike its oft-maligned competitor, React presents itself as a lean, developer-friendly alternative. It goes as far as to call itself a library rather than a framework. This instantly attracted programmers who were put off by the initial wave of large and complex frameworks, as well as those looking to move on from building apps in jQuery.

With strong backing from Facebook, React quickly found itself adopted as the core technology behind such projects as Netflix, Jira, and Uber. Once the big names were on board with React, the rest of the web development world quickly followed. By 2018, over 64% of respondents in the annual “The State of Javascript” survey stated that they have used React, and would do so again. So, why should you consider adopting React for your next project?

React is the lingua franca of web development

React’s massive success and popularity established it as one of the essential tools an aspiring front-end developer must know. As such, finding programmers familiar with the library becomes easier by the day.

Web development with React, then, is a natural choice for teams and companies concerned with scalability. If you plan on expanding the scope of your projects, you will – inevitably – have to source more programmers; by choosing the most popular tool around, you guarantee yourself access to the largest possible talent pool around.

Because React is so omnipresent within the modern web development world, its ecosystem is constantly growing. New tools for design, testing, debugging, and more are constantly coming out, while resources for training your existing team in the mystical ways of React are readily available.

The big thing about React is how small it actually is. Unlike massive behemoths such as Angular, React does not demand you build your entire application around it. It aims to do one thing, and do it well – in this case, create and maintain user interfaces – the “V” in MVC. As such, the library doesn’t make any assumptions about the rest of your application.

This is one of the features which make web development with React so exciting: you don’t need to rewrite your entire application to include the new features. Consider this hypothetical scenario: you’re maintaining a legacy application and would like to bring it into the 2010s. Your choices are to either use a fully-featured JavaScript framework, or to use React.

Choosing the first option means signing up for a complete rewrite of your application within the new framework. If you require to use additional libraries, you’re limited to those written specifically for use with whatever you’ve chosen. If your framework is not in widespread use, your choice of talent will be naturally limited by the size of a given community. And then, of course, there’s the question of maintenance – will your framework be maintained for years to come, or will its new version demand a complete rewrite of your project (hello, Angular)? 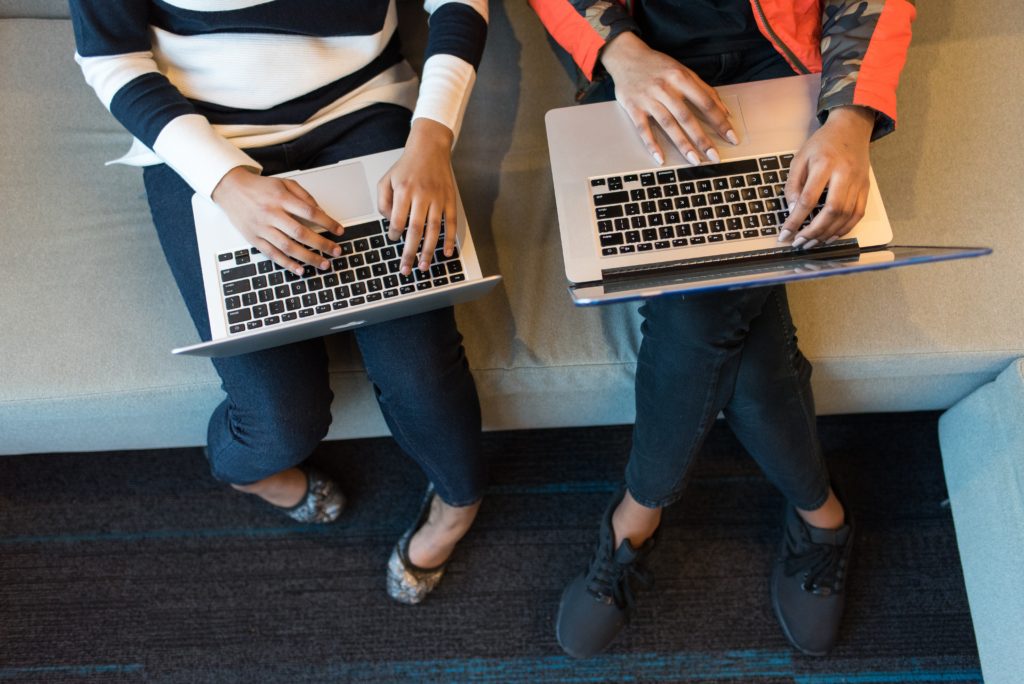 React sidesteps those issues – although, admittedly, integrating it with your application isn’t as simple as linking to the latest jQuery release, it is considerably easier to do than re-writing your entire codebase.

Branch your application, drop-in React, see if it does what you need it to do – it’s as simple as that. No need to rewrite your entire view layer, either; you can start small by wrapping your elements into reusable components and build on that at your own pace.

If you’re not yet sure if you want to commit fully to web development in React, this aspect allows you to easily try it out in an existing project. It’s also a great way to modernise existing, legacy applications without spending a lot of time and other resources.

If we were to choose our favourite feature in React, it would have to be components. They are the foundation upon which the rest of the library’s rests. The concept is simple enough to understand: you wrap repeating fragments of your JavaScript code in a function – why shouldn’t you be able to do that with HTML?

This is, of course, a colossal oversimplification, but it serves to demonstrate the high-level idea. Components are basically reusable JavaScript functions that return blocks of HTML. These blocks are then rendered in the virtual DOM (more on that later); the obvious advantage is that unlike other frameworks which include logic and state information within HTML, React maintains a healthy degree of separation. This, in turn, leads to clear, readable code.

Although components can be used for simple templating, they are much more than that. Since they’re really nothing but fancy JavaScript functions, they can be subjected to unit testing. The modular approach to web development that components enforce ensures that even the largest of codebases stay easy to maintain and extend.

From a business standpoint, this means less work for your developers. By keeping the idea of reusability in mind – and designing your entire project around it – development time can be saved. This means you suddenly have more time for quality assurance, fixing bugs, or maybe implementing new features which you previously didn’t have the budget for.

Not too long ago, rendering an entire page’s DOM within JavaScript seemed like a fool’s errand. Once single page applications started becoming more and more ubiquitous within the web development space, however, using a virtual DOM started making more and more sense.

While a conventional DOM tree can be traversed and manipulated easily, that does not mean it can be done quickly. As applications get more and more complicated in scope, each DOM manipulation becomes a dreaded, yet unavoidable prospect. Traditionally, event handlers in libraries like jQuery start by searching through the entire DOM tree for any node involved within a given event – with large applications, this becomes an obvious performance problem.

The virtual DOM approach attempts to solve this problem. As it turns out, it’s much more efficient to hold a simplified abstraction and perform manipulations on it, rather than on the actual document within the browser’s memory. React uses this paradigm to bypass the performance problems caused by DOM manipulations even in large applications.

The keen-eyed readers amongst you may already be scratching their heads at this point: “what about SEO?” I hear you say. “How are search engine crawlers supposed to see content rendered by a JavaScript application?”

This is a valid concern – after all, many single-page applications return only a blank HTML file with a list of scripts and stylesheets for the browser to request. This is what most search engine crawlers see when they hit such a page, leading to worse SEO scores. This also impacts human users – they have to wait through the “initial load” period. 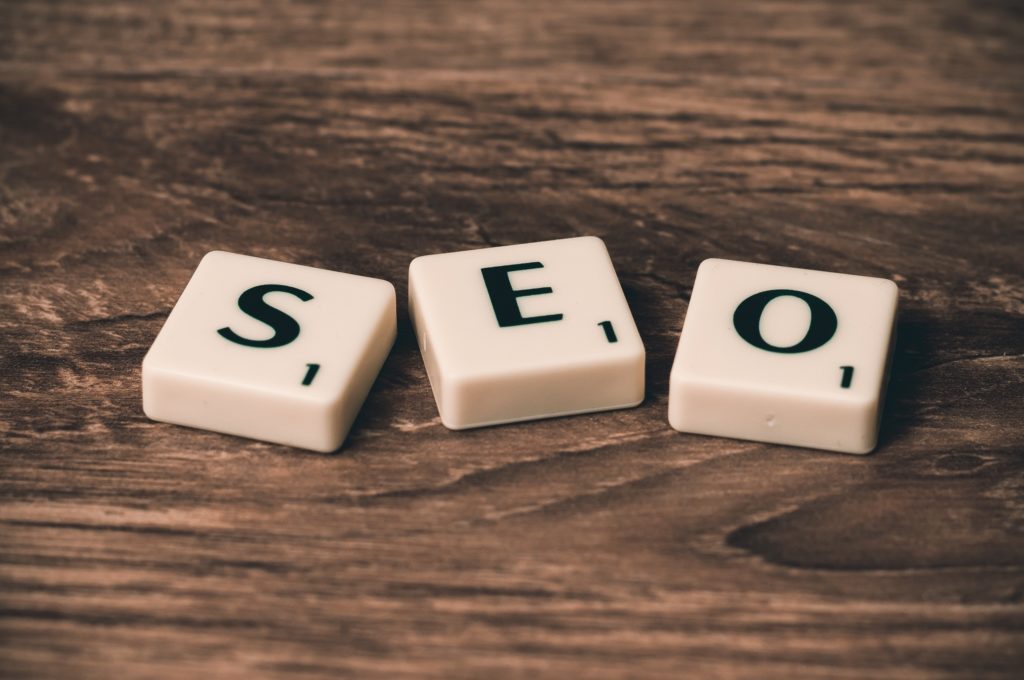 React’s server-side rendering feature does exactly what it says on the tin: each page is rendered down to bog-standard HTML, which is then served to clients. This ensures that even as the application is loading, both human and robot users have something to process.

Although this is mostly a technical consideration, here’s the bottom line: React makes your apps fast. This translates to better SEO, and – more importantly – happier users!

React is one of the best libraries

We could honestly sing React’s praises all day long (and we often do!). These are just some of the things we love about the library – there’s much more to learn and love about our favourite library, but we’re going to leave that as an exercise to the reader.

Suffice it to say that in our opinion, React is well-deserving of its spot as the king of web development libraries. It enforces a coding paradigm which results in clean, scalable, and easy to maintain codebases – even in large applications. It’s very friendly to developers, no matter if they spent the last five years doing React web development, or if they’re complete newcomers. The large community and diverse ecosystem provide a wealth of tools and resources for developers to use.

More to the point, however, it doesn’t require a lot of commitment. You can give React a try and all of its advantages without dedicating time and resources into developing a completely new project from scratch. Because it’s a library and not a framework, it’s equally well-suited for writing new apps, as well as maintaining and extending legacy ones.

If you feel like using React technology is a good way to go for your project let us know on hello@appnroll.com !

We’d love to hear your thoughts!